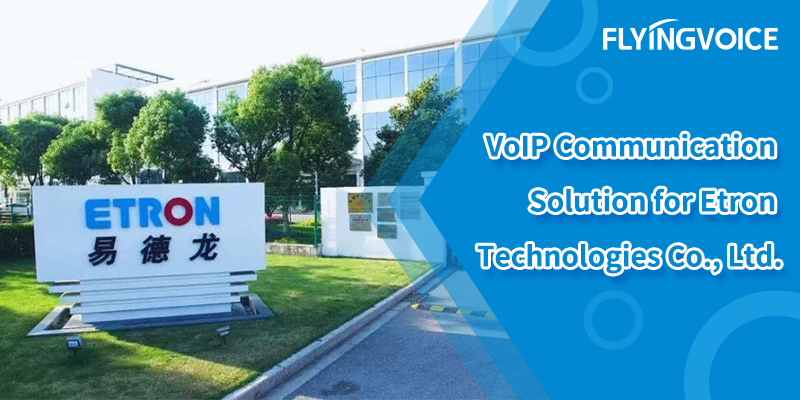 Suzhou Etron Technologies Co., Ltd. is a China-based company principally engaged in the provision of comprehensive electronics manufacturing services. The Company's primary business includes the electronic manufacturing and testing, supply chain management, customized research and development, as well as engineering and technical support solutions. With the rapid expansion of the company's scale, the original phone system cannot meet their communication needs as it's difficult to expand and maintain.

1. The phone system should be deployed rapidly and without changing network architecture.

2. Phones need to support both wired and wireless connection as wired network is not deployed in some areas of the company.

3. The new system can seamlessly connect with the old system, realize the expansion of the phone system.

4. Traditional phones connected to the old system can communicate with the phones of the new system.

5. Phone system should be easy to deploy, manage, and upgradable to adapt to the future expansion.

1. Connect the traditional PBX and IPPBX via SIP Trunking,

2. Flyingvoice FIP10 IP phones were connected to the new system, and the mutual dialing between the traditional phone and FIP10 can be realized as long as the two systems configure the incoming and outgoing routes.

Easy to Deploy and Use

FIP10 supports both wired and wireless connections and can be deployed quickly and flexibly without additional wiring installations.

Save Time and Energy

The new phone system can work seamlessly with the original system and there's no need to change the original network and lines.

FIP10 can be managed, deployed and upgraded centrally via FDC (Flyingvoice management system), which is convenient for maintenance.

API interfaces are provided to integrate other management systems. And phone system can be expanded easily to meet future growing demand.